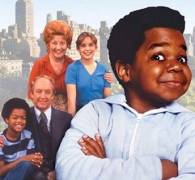 Gary Coleman, the child star of the 1970s TV sitcom 'Diff'rent Strokes', has died after suffering an intercranial hemorrhage. He was 42.

He passed away at approximately 12:05 PM on Friday at Utah Valley Regional Medical Center.

"We are very sad to have to report Mr. Gary Coleman has passed away as of 12:05 P.M. Mountain Time. He was removed from life support; soon thereafter, he passed quickly and peacefully," his publicist, John Alcantar, says in a statement.

"By Gary's bedside were his wife and other close family members. Thanks to everyone for their well wishing and support during this tragic time. We know he will be missed because of all the love and support shown in the past couple of days. Gary is now at peace and his memory will be kept in the hearts of those who were entertained by him throughout the years."

Coleman, who had to be put on life support with a brain hemorrhage, was hospitalized after a fall at his home last week.

By mid-afternoon that day, Coleman was unconscious and on life support.

The hospital did not give details on Coleman's condition beyond calling it an intracranial hemorrhage, which is bleeding inside the head.

Coleman and his wife had a stormy past but Shannon Price says that she is touched by the love for her husband.

"We are very grateful for all the wonderful support everyone has been extending to Gary's family," she says in a statement. "Thousands of emails have poured in to the hospital. This has been so comforting to the family to know how beloved he still is. Thank you so much for all that you guys have done and for the support and prayers that you guys have given us."