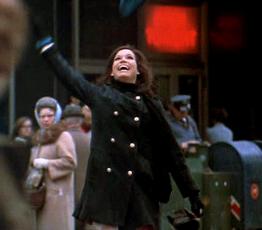 The actress passed away at the age of 80 on Wednesday, a week after being on a respirator.

She was best known for her roles as Laura Petrie on 'The Dick Van Dyke Show' and Mary Richards on 'The Mary Tyler Moore Show'.

In an interview with THR, Dyke recalled first working with Moore on his '60s sitcom 'The Dick Van Dyke Show'.

"She was 23 years old, gorgeous of course, and had a kind of mid-Atlantic accent," he said. "She sounded a little bit like Katharine Hepburn. My first question was, 'Can this girl do comedy?' After that I said, 'She’s a little young for me.' I got to be on hand and watch her grow into the talent she became. She was just the best."

"Mary picked it up so fast. She had us all laughing after a couple of episodes. She just grabbed onto the character and literally turned us into an improv group, it was so well-oiled," he raved. "That show was the best five years of my life."

"I don't think there was anyone more proud of her than I was. Just to watch her grow was such a thrill for me. She left an imprint on television comedy."

"There are no words. She was THE BEST!," he later said on Twitter alongwith a video of the pair performing 'I've Got Your Number'. "We always said that we changed each other's lives for the better."