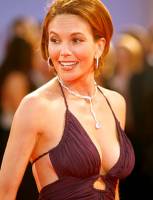 Warner Bros. says the Oscar-nominated actress will play the role of "the only mother Clark Kent has ever known."

"This was a very important piece of casting for me because Martha Kent is the woman whose values helped shape the man we know as Superman," says Snyder.

"We are thrilled to have Diane in the role because she can convey the wisdom and the wonder of a woman whose son has powers beyond her imagination."

Lane will star alongside Henry Cavill, who was recently announced as the new Clark Kent/Superman. She most recently starred in 'Secretariat'.

There have been rumors that Kevin Costner is in talks to play Jonathan Kent but nothing official has been announced.

The movie, which will be produced by Christopher Nolan, Charles Roven, Emma Thomas, and Deborah Snyder, is set for a December 2012 release.