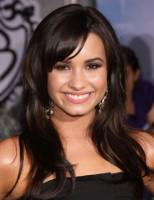 )'s reps are denying reports that she's in rehab seeking help for drug or alcohol-related issues.

"Demi Lovato is not in treatment for drug or alcohol addiction," they say in a statement. "As we have said since she entered treatment last week, Demi decided to seek help for emotional and physical issues she has battled throughout her life. She has taken this step in order to get her life in order."

"While we know many are interested in Demi and her life," it continues, "we do ask for a modicum of privacy during this difficult time."

This after 'Life & Style' reported that the 'Sonny with a Chance' star's breakdown was "fueled by drinking and partying." It also quoted a Texas college student who claimed that he had seen Lovato do cocaine at a party last December.

The 18-year-old Disney star is said to be at a facility that specializes in treating adolescents with a variety of issues from eating disorders to substance abuse problems.

While she has been dealing with bullying, an eating disorder, and body issues, 'People' magazine reported that a fight with a backup dancer was the catalyst for Lovato's decision to seek treatment.