DC Comics Superhero To Be Revealed As Gay In Upcoming Issue 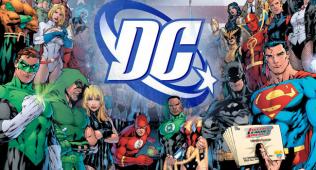 DC comics plans to reveal one of its "major iconic" superheroes as gay in an upcoming issue.

The comics giant, which owns properties like Superman, Batman and Robin, Wonder Woman, isn't hinting who it may be but says the reveal will come next month.

"One of the major iconic DC characters will reveal that he is gay in a storyline in June," says Courtney Simmons, DC Entertainment's senior vice president of publicity.

The Batwoman comic went on to win an Outstanding Comic Book award from GLAAD.

But DC hasn't been the only one to add a gay character in hopes to appeal to a broader audience and, more specifically, the LGBT community.

Marvel Comics' Northstar from X-Men is also set to marry his boyfriend in a June issue.

Archie Comics introduced a gay character named Kevin Keller in 2010. The character got married to his partner in 2011.