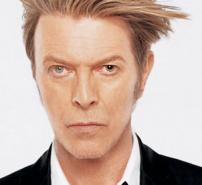 David Bowie has returned to the top of the UK album charts for the first time in twenty years with his comeback album.

'The Next Day,' which was quietly recorded over two years, sold over 94,000 copies in its first week of release to not only shoot to the top but become the fastest-selling album of 2013, surpassing the 71,000 total for Biffy Clyro's 'Opposites' in January.

It was the artist's first album since since 'Reality' a decade ago. His last bestseller was 'Black Tie White Noise' in 1993.

Although the album was two years in the making, Bowie surprised fans with when the first single 'Where Are We Now' dropped out of the blue on January 8. The single almost immediately cracked the top 10 Official UK Singles chart.

In the singles charts Justin Timberlake held on to the top spot with 'Mirrors', One Direction's 'One Way or Another' was second and Pink's 'Just Give Me A Reason' was the third most popular UK single.