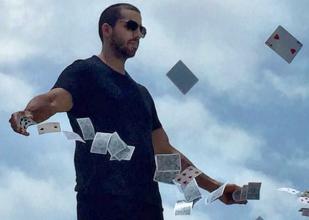 David Blaine returns with an ABC special this month titled 'Beyond Magic' and he won't be performing alone.

Instead of the street magic he's known for, Blaine will be surrounded by numerous celebrities and others stars including Emma Stone, Margot Robbie (photos