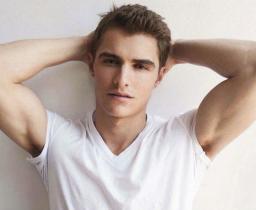 Dave Franco talks about his improvised comedy 'The Little Hours' and what it was like working with his wife, Alison Brie (photos

She decided to not be on set that day but, lucky for Franco, she gave it her stamp of approval after watching it.