Dan Harmon On Being Fired From 'Community': 'I Would Have Fired Me Too' 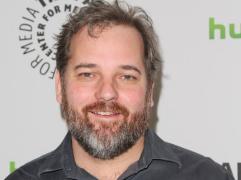 Speaking about being fired in May from the series he created, former 'Community' showrunner Dan Harmon says he understands why NBC had to take him out of the equation.

"Once you have a three-season show, it really doesn't matter that there's some rumor circulated out there by the people who made the strange decision to fire you -- of course they're going to create the idea that we were difficult to work with."

Harmon, however, also accepted that his behavior during the show and his constant rants dented his reputation with producers and the network.

"I would have fired me too, because it's a business," he told KCRW. "I think I'm a self-effacing, self-destructive person, and I think that every speech I made to my own crew and the people above me was, 'Sorry, I'm not good at this.'"

He also hinted that there has been no shortage of offers since he left 'Community': "All of the networks came a-calling. Everyone in basic cable, especially."

Harmon admitted he may be a "creative elitist" and said his only Community regret is not making "a little more fun of the people I'll obviously never work with again."

He was replaced with two new showrunners, David Guarascio and Moses Port, as soon as 'Community' was renewed for a 13-episode fourth season.

NBC claimed it still wanted to have Harmon's involvement on the show in some way, but the jilted showrunner posted a lengthy letter on his website and said: "They literally haven't called me since the season four pickup, so their reasons for replacing me are clearly none of my business."

"Community is their property, I only own ten percent of it, and I kind of don't want to hear what their complaints are because I'm sure it would hurt my feelings even more now that I'd be listening for free."

'Community' will return on October 19 in its new timeslot of Fridays at 8:30 PM EST.