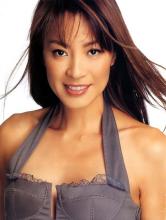 Producer Nicholas Meyer confirmed the casting and indications are that Yeoh will play Han Bo, who runs another ship called the Shenzhou which will have a significant role in the first season of 'Star Trek' reboot.

Filled with new characters, 'Star Trek: Discovery' is set about a decade before the events of the original 'Star Trek' series.

Yeoh is the first confirmed cast member with the series pushed back from its January premiere to May after Bryan Fuller stepped down from his role as showrunner.

Her other credits include 'Tomorrow Never Dies', 'Memoirs of a Geisha', 'Marco Polo' and 'Strike Back'.