Creator Of Fan Made 'Tintin' Opening Credits Hired By Spielberg 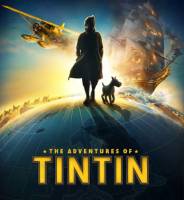 The creator of the fan made 'Tintin' opening credits we featured last week has caught the eye of Steven Spielberg.

James Curran has been invited to the UK premiere of 'The Adventures of Tintin' by the director and hired to join the crew of his next film.

Writer Edgar Wright, who is best known for writing and directing 'Scott Pilgrim Vs The World' and 'Shaun Of The Dead', shared the news via Twitter.

Meanwhile, Peter Jackson has confirmed he will be directing the next Tintin film once he wraps up his work on 'The Hobbit'.