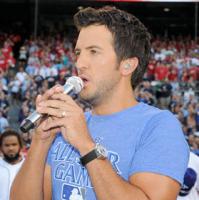 ), who is reportedly being paid a whopping $25 million, on the judging panel for the ABC reboot of the singing competition. The series still has one open seat on the panel.

ABC is also home to the Country Music Award so the choice makes sense for the network as a tool for cross-promotion.

Ryan Seacrest, who hosted the show for 15 seasons during its original run, is already confirmed to return as host.

'American Idol' will premiere in March, with ABC planning to promote it heavily during the Oscars.