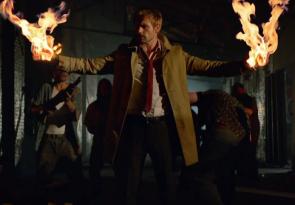 'Constantine' has halted production and will end its first season with a shortened slate of 13 episodes.

NBC notified the cast and crew of its plans last week. However, that doesn't mean the show is cancelled.

Averaging 4.5 million viewers, it is still in contention for a second season. But NBC says it wanted to make room for its mid-season dramas.

The network has had a tough time finding a pairing for 'Grimm' and 'Constantine', starring Matt Ryan as a demon hunter and master of the occult, has been its best bet yet. It will complete its run on Fridays at 10 PM.

Other new shows based on DC Comics properties from this season, 'Gotham' and 'Flash', had already received full season renewals from Fox and CW respectively.