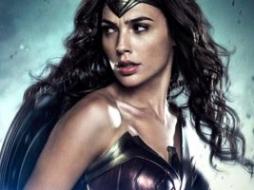 Conan joins the actress and thinks he can do it in about 35 minutes.

Gadot recently told Jimmy Fallon on 'The Tonight Show' about how she almost quit acting before auditioning for 'Batman v Superman'.

"The audition went great, I went back to Israel to shoot an Israeli movie, and I didn't know if I wanted to continue acting afterwards. Anyway, I'm in Israel, I get a phone call, they tell me that they want to do a camera test – I'm like, 'Again? Another camera test? Another almost, almost?' And I said, 'OK, whatever. What am I testing for? What’s the part?' And my agent goes, 'They didn't tell you?' And I'm like, 'No'. So no one knows what I'm going to be…"

"So Zack called me two days later and he was like, 'I don't know if you have this character in Israel, if she's big or not, but did you ever hear about Wonder Woman?' And I was like 'Oh my God.'"