Conan O'Brien Going To Haiti For Next 'Conan Without Borders' 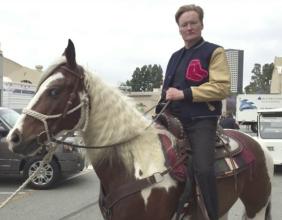 Conan O'Brien is going to Haiti after President Donald Trump described the African nation as one of a number of "sh*thole countries."

"Headed to Haiti later this week to explore and make some new friends. Stay tuned for my report."

Trump is also alleged to have recently said that Haitians "all have AIDS."

O'Brien frequently takes his TBS show on the road in what are some of the viewers favorite episodes. He has visited Cuba, Armenia and even took his show to Mexico.