Christine Baranski Asked About Michael Sheen's Manhood Named After Her 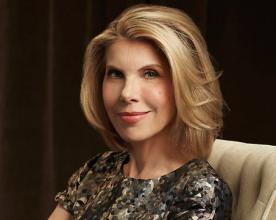 Baranski says she's tried to take it in a positive way to mean that she "performs well under pressure" and has had a "long lasting" and "hard working" career.

Although she doesn't know how she would look Sheen in the face. But as Corden points out, she doesn't have to.