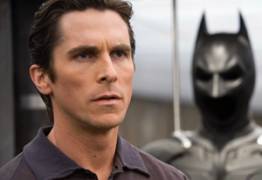 Christian Bale's Batman voice is often ridiculed. But in a new interview the actor says he first created the voice during his 'Batman Begins' audition s he wouldn't "feel like an idiot."

"They put me in Val Kilmer's suit. It didn't even fit properly, and I stood in it and I went 'I feel like an idiot,'" Bale tells MTV. "What kind of guy walks around, dressed like a bat? And is then going to go 'Hello, how are you? Just ignore that I'm dressed as a bat.'"

"Of course, he's meant to be doing this. If you look at the history of the guy and the pain that he went through. I went ‘I can't do this in a normal voice. I have to become a beast in order to sell this to myself."

"Thank God they went for it," he says. "It wasn't for everybody. Ben's (Ben Affleck) obviously going to have to do his own thing, but it was the only way that I could find how to get into that and to justify wearing the frickin' Batsuit."

"Otherwise, he's just loopy beyond belief. He's loopy, but he's loopy with a method to his madness."