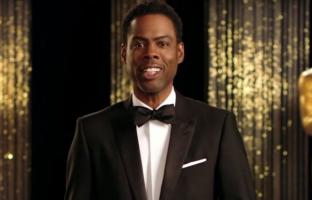 The Academy has released its first promo for the 2016 Oscars hosted by Chris Rock.

"Much like New Year's Eve," Rock begins in the ad, "it will be a night that ends with a lot of drunk, disappointed people swearing they'll do better next year."

The comedian first hosted the annual ceremony in 2005. The nominations for the 88th Academy Awards will be announced next week.