Chris Rock Admits His Cheating Led To Divorce, Thought Was Entitled To Sleep Around 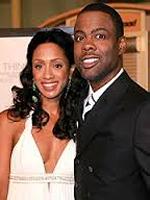 Chris Rock says he thought he could get away with cheating on his now ex-wife, Malaak Compton-Rock, because he was the breadwinner.

"Getting divorced, you have to f--king start over," he tells Rolling Stone magazine. "You get to reset. It's not a breakdown, but something in your life broke down."

The magazine says at a recent show, the comedian admitted he thought he could get away with cheating on his wife of 18 years because he made the money in the relationship.

Rock said he now realizes that's not how it works and he was a "piece of shit."

"That's bullshit," he says. "That actually goes the other way. My faults are magnified. Your significant other, if they really love you, has a high opinion of you. And you let them down."

The pair, who have two daughters together, finalized their divorce last year after splitting in 2014. Rock said he cheated with at least three different women.