Chris O'Donnell: Trump Filmed Cameo Then Scene Was Cut From 'Scent Of A Woman' 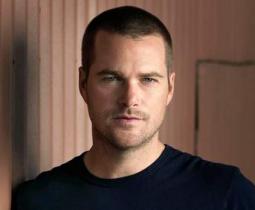 Chris O'Donnell tells Conan O'Brien that Donald Trump filmed a cameo in the his film 'Scent Of A Woman' but the scene was left on the cutting room floor.

O'Donnell says Trump had insisted that he be in the movie if they were filming at his Plaza Hotel.

When the actor doesn't want to say whether the film's producers intended to scrap the scene all along, Conan jokes he's just afraid he'd get audited.