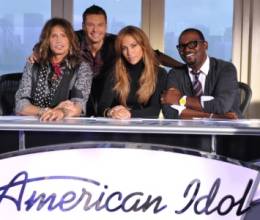 Chris Medina's heartbreak and his powerful audition on Wednesday night helped earn him a golden ticket to Hollywood.

The 26-year-old moved judges after he told the story of his fiancée, Juliana, who was working at Starbucks when he proposed to her after dating for six years.

Chris and Juliana Ramos had planned to get married in December 2009 -- two years after he proposed to her,

But just two weeks before her planned bridal shower, Juliana was severely injured a car accident as she drove home from week. The accident left her nearly paralyzed, with traumatic brain injuries and facial fractures.

"Everything changed," said Medina. "We're still not married. I was about to make vows just two months from the accident – through thick and thin, 'til death do us part, for better or worse," he said. "What kind of guy would I be if I walked out when she needed me the most?"

Medina sang 'Breakeven' by The Script to earn him a ticket to the next round but the judges wanted to meet Juliana first.

"I just heard your fiancé sing," Steven Tyler told her. "He sings to you all the time. I could tell. That's why he sings so good because he sings to you."

Even The Script guitarist Mark Sheehan shared on Twitter he was touched by Medina: "Chris Medina: Not only are you a major talent but you are one in a billion! Stay Strong, Never waver, This world needs more men like you. Peace and Love, Mark."