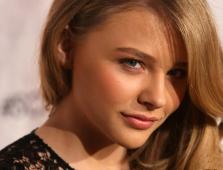 Sony Pictures has released a minute long teaser trailer for its 'Carrie' remake.

Based on the Stephen King novel, Chloe Moretz (photos

) plays the shy high-school girl, who uses her newly discovered telekinetic powers to exact bloody revenge on those who teased her.

Over the years there have been several adaptations of the film from Sissy Spacek to Angela Bettis playing the character.