Charlotte Church: 'I'd Rather Poke My Eyes Out' Than Join 'X Factor' 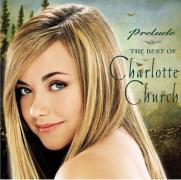 The 27-year-old says she was under consideration to join the judges on the UK version of talent competition but there was no chance she was going to do the show.

"I got asked to do the X factor job," Church says on Twitter. "I'd rather poke my eyes out with sticks than be a part of the machine that kills music."

"I had a meeting to ask about the level of involvement in the creative process I could have, and they basically said none unless it was in line with what was required."

"I wanted to see just how hard line it was. I found my answer and politely declined," she added.

Expectedly, producers for 'The X Factor' are saying Church was never a serious contender.

"She met producers at the beginning of the year but it was a very brief chat and they decided not to progress things," they tell the Sunday Mirror. "She was, quite frankly, boring and she was never high on the priority list as there were far bigger names producers were looking at."

In response to the "boring" jab, Church's representative expanded on what happened.

"I find this quite surprising as I was at the meeting with Charlotte. The X Factor team chatted with her in depth and said that they'd love her to be one of the judges. Charlotte agreed to get back to them as they were keen to move quickly."

"We later instructed Charlotte's TV agent to inform X Factor she wasn't interested in working with them."