Charlize Theron On Her 'Atomic Blonde' Character Being Bisexual 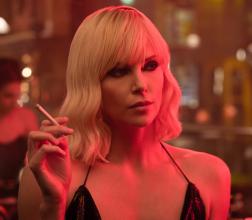 ) thinks it only makes sense that her kick-butt 'Atomic Blonde' character is bisexual.

In an interview on 'Watch What Happens Live with Andy Cohen', Theron expressed why she thought it was important that her bisexuality was reflected on screen.

"It should be normalized by now," she said. "It's something that I feel is not represented enough in cinema, and I feel that when you make movies, if you're going to hold that mirror up and reflect society, then you should reflect society."

As for whether she had ever dipped "in the lady pond" and sexually experimented with women, Theron admitted: "When I was young, yes."

"When you're young, you're just kind of exploring it all," added the 41-year-old. "But it was pretty clear that I really liked dudes."