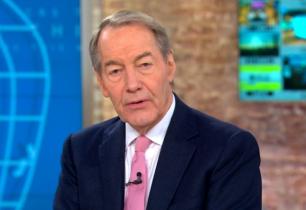 Charlie Rose has been suspended after eight women came forward with sexual misconduct allegations against the veteran broadcast journalist.

The women, who worked for Rose or tried to work for him, accused the broadcaster of groping them, walking naked in front of them and telling at least one that he dreamed about her swimming nude.

Kyle Godfrey-Ryan, one of Rose's former assistants, was 21 when she said Rose repeatedly called her to describe his fantasies of her swimming naked at the pool at his Long Island home.

She was fired after Rose discovered she had confided in a mutual friend about his behavior.

Rose apologized in a statement, claiming he simply got his signals crossed, after CBS described the allegations as "extremely disturbing."

"In my 45 years in journalism, I have prided myself on being an advocate for the careers of the women with whom I have worked. Nevertheless, in the past few days, claims have been made about my behavior toward some former female colleagues," he said.

"It is essential that these women know I hear them and that I deeply apologize for my inappropriate behavior. I am greatly embarrassed. I have behaved insensitively at times, and I accept responsibility for that, though I do not believe that all of these allegations are accurate. I always felt that I was pursuing shared feelings, even though I now realize I was mistaken."

"I have learned a great deal as a result of these events, and I hope others will too,” he concluded. "All of us, including me, are coming to a newer and deeper recognition of the pain caused by conduct in the past, and have come to a profound new respect for women and their lives."

Despite being 75-years-old, Rose was one of the busiest broadcasters in television.

However, there will probably be more women coming forward. Just two hours after the story went live, reporter Amy Brittain that "sadly, my inbox is already flooded with women who have had similar, disturbing encounters with Charlie Rose."

UPDATE: Rose has now been officially fired by CBS.

"This followed the revelation yesterday of extremely disturbing and intolerable behavior said to have revolved around his PBS program. Despite Charlie's important journalistic contribution to our news division, there is absolutely nothing more important, in this or any organization, than ensuring a safe, professional workplace — a supportive environment where people feel they can do their best work. We need to be such a place."