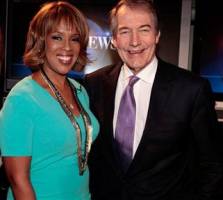 CBS News has announced a major revamp of 'The Early Show' with Charlie Rose and Gayle King at the helm.

"What you're going to see in the morning is a program that's very different; that doesn't try to copy what's already out there; and will be a fulfilling experience for our viewers," Jeff Fager, the chairman of CBS News, told reporters.

The new two-hour format, which will debut on January 9, will emphasize hard news while also meshing a conversational approach similar to lighter talk shows. Executives stress that it will be less dependent on the stunts, cooking segments and banter seen on the typical morning show.

King's move to CBS signals the end of her 'The Gayle King Show' on friend Oprah Winfrey's fledgling OWN channel.

Rose is expected to continue to host his nightly PBS interview show. However, he will curtail his travel for interviews, speaking and moderation of conferences.

The shake-up was necessitated with 'The Early Show' a distant third in the morning audience.