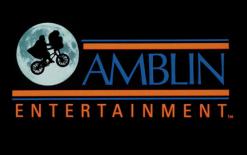 Inspired by the success of 'Under the Dome', CBS has ordered another summer series from Steven Spielberg's Amblin Entertainment.

The network has given a straight to series 13-episode order to 'Extant', a serialized drama it will add to its summer lineup in 2014.

Described as a futuristic thriller, 'Extant' centers around a female astronaut trying to reconnect with her family when she returns after a year in outer space. Her experiences lead to events that "ultimately will change the course of human history."

"Extant is a very original concept with layers of humanity, mystery and surprise that reveal itself throughout the script," says President of CBS Entertainment, Nina Tassler,

"Our partnership with Amblin for Under the Dome showed that viewers respond to high-quality event programming in the summer. We look forward to building on that with Extant and offering CBS audiences another high-concept, unique event for summer television."

Interestingly, CBS stayed away from using the word "miniseries" -- as it did with 'Under the Dome' before announcing its recent change in palns.