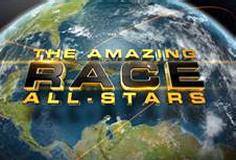 CBS has announced the premiere dates for an All-Star edition of the 'Amazing Race' and 'Survivor: Cagayan'.

Eleven former teams will return for another chance at $1 Million on 'The Amazing Race' beginning Sunday, February 23 at 8:00 PM.

Later that same week, 'Survivor: Cagayan' will pit Brawn vs. Brains vs. Beauty in a two-hour season premiere on Wednesday, February 26 at 8:00 PM.

The network has not announced the cast for both series, which it is expected to do closer to air date.

It will be the longest-running reality competition series' first two-hour opener since 'Heroes vs. Villains' in February of 2010.