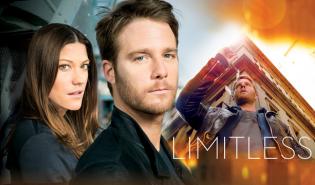 CBS has given rookie hit drama 'Limitless' a full season order of 22-episodes.

'Limitless', starring Jake McDorman and Jennifer Carpenter, has been one of CBS' top new performers maintaining most of its audience from 'NCIS: New Orleans' on Tuesdays.

It's been averaging an impressive 9 million total viewers per episode in the five weeks since its premiere, with an additional 3 million watching it in delayed viewing.

"We're excited how 'Limitless' continues to evolve creatively each week and stand out with its unique style of storytelling," says CBS' president of CBS Entertainment, Glenn Geller. "It's off to a strong start in a highly competitive environment."

'Limitless' executive producer Bradley Cooper, who appeared in the series premiere, will return in this week's episode titled 'Side Effects May Include'.

In the episode, as Brian's physical and mental health begin to deteriorate again, Cooper's Sen. Edward Morra demands a high price in exchange for another inoculation from the severe side effects of the brain-enhancing drug NZT.