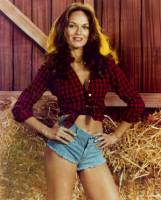 Peter Lopez, who was married to actress Catherine Bach, has been found dead in an apparent suicide.

The 60-year-old died of a gunshot wound at his home in the Encino Hills, according to the coroner's office

Law enforcements are currently investigating the death as an apparent suicide. A neighbor is reported to have heard the fired shot.

Lopez, a successful entertainment lawyer, married Bach in August 1990. They had two daughters, Sophia and Laura, together.

Bach is best known for playing Daisy Duke in the television series 'The Dukes of Hazzard' and Margo Dutton in 'African Skies'.

Lopez, who was also one of Michael Jackson's music attorneys, left a suicide note but didn't shed any light on why he took his life.

The one-page, handwritten note expressed his love for his wife and kids and asked for forgiveness, but did not specify on what caused him to take the drastic measure.