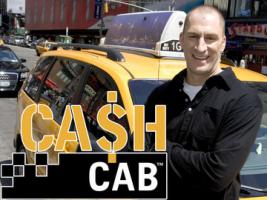 Five years after it ended, Discovery Channel is bringing back 'Cash Cab'.

The game show in which passengers in a specially outfitted taxi are surprised and offered the chance to win money by correctly answering a series of general knowledge or trivia questions on the way to their destination will return later this year.

Discovery has not announced any further details but Ben Bailey likely won't return as host because of one unique twist. The network says it will enlist comedians and celebrities to drive the cab and host the show.

Meanwhile, TLC has announced that makeover TV series 'Trading Spaces' will be returning to its lineup.

"This is a big one," said TLC president Nancy Daniels. "I am excited to announce that TLC's most successful and most iconic series Trading Spaces is coming back."

The series, which actually gave Ty Pennington his big break, will return sometime in 2018. The original was hosted by Paige Davis.