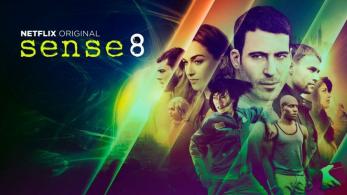 Netflix has ordered a two-hour series finale for 'Sense8', the sci-fi series it abruptly canceled after two seasons nearly a month ago.

Created by Lana Wachowski, Lilly Wachowski, and J. Michael Straczynski, 'Sense8' followed a group of people around the world who are suddenly linked mentally, and must find a way to survive being hunted by those who see them as a threat to the world's order.

Lana explained on Facebook on Thursday that the cancellation hit her as hard as anyone else. However, Netflix decided to approve a limited return following the support and outcry from viewers.

"The outpouring of love and grief that came in the wake of the news that Sense8 would not be continuing was so intense that I often found myself unable to open my own email," she begins. "I confess I fell into a fairly serious depression."

"I had never worked so hard, or put so much of myself into a project as I had with Sense8 and its cancellation hollowed me out."

"I felt the disappointment of my amazing crew. I felt the sadness of the actors who had given so much of themselves, always finding more whenever the sun broke from the clouds. But most of all I felt the heartbreak of our fans."

"But just as the characters in our show discover that they are not alone, I too have learned that I am not just a me. I am also a we."

She says the "passionate letters, the petitions, the collective voice that rose up" got the ball rolling.

"Improbably, unforseeably, your love has brought Sense8 back to life."

Lana says the two hour special episode will be released sometime next year.