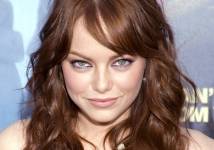 Cameron Crowe is apologizing for casting Emma Stone in a partially Asian, partially Hawaiian role in his film 'Aloha'.

In a message posted on his website, Crowe says: "Thank you so much for all the impassioned comments regarding the casting of the wonderful Emma Stone in the part of Allison Ng. I have heard your words and your disappointment, and I offer you a heart-felt apology to all who felt this was an odd or misguided casting choice."

Many had criticized Stone's casting as another example of Hollywood "whitewashing" Asian-American movie roles. A group for Asian Americans called the film "an insult to the diverse culture and fabric of Hawaii."

Crowe says: "As far back as 2007, Captain Allison Ng was written to be a super-proud Hawaiian quarter who was frustrated that, by all outward appearances, she looked nothing like one."

"A half-Chinese father was meant to show the surprising mix of cultures often prevalent in Hawaii. Extremely proud of her unlikely heritage, she feels personally compelled to over-explain every chance she gets. The character was based on a real-life, red-headed local who did just that."

"Whether that story point felt hurtful or humorous has been, of course, the topic of much discussion. However I am so proud that in the same movie, we employed many Asian-American, Native-Hawaiian and Pacific-Islanders, both before and behind the camera."

Crowe says the location wasn't merely used the state as an exotic backdrop.

"We were extremely proud to present the island, the locals and the film community with many jobs for over four months. Emma Stone was chief among those who did tireless research, and if any part of her fine characterization has caused consternation and controversy, I am the one to blame."

"I am grateful for the dialogue. And from the many voices, loud and small, I have learned something very inspiring. So many of us are hungry for stories with more racial diversity, more truth in representation, and I am anxious to help tell those stories in the future."

Crowe also mentioned the film's mention in Amy Pascal's leaked emails from the Sony hack and admits 'Aloha' has "felt like a misunderstood movie."