The original giant 50-foot ad, which shocked and titillated New York City's Soho neighborhood, was criticized for being "too sexually provocative."

Calvin Klein defended it as "a very sexy campaign that speaks to our targeted demographic." However, the company has now quietly replaced the billboard and the new ad is definitely going over a lot better with residents.

Calvin Klein's in-house agency, CRK Advertising, has a history of pushing the boundaries. Just last year, one of its ads featuring Eva Mendes nude was banned from American network television for flashing her nipple. 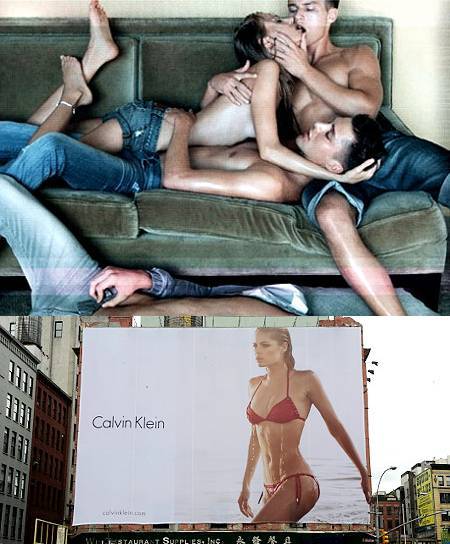