Calls For 'Top Gear's Jeremy Clarkson To Be Fired Over Remarks 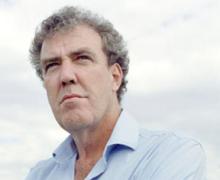 "I would take them outside and execute them in front of their families," he added. "I mean how dare they go on strike when they have got these gilt-edged pensions that are going to be guaranteed while the rest of us have to work for a living?"

The program apologized at the end of the show to viewers who may have been offended, but the union wants real action after the public broadcaster admitted it had received around 4,700 complaints.

Clarkson had since said he wasn't really serious about his comments.

"I didn't for a moment intend these remarks to be taken seriously - as I believe is clear if they're seen in context," he said. "If the BBC and I have caused any offense, I'm quite happy to apologize for it alongside them."

Meanwhile, the furor even drew a response from Prime Minister David Cameron, who called the comments "a silly thing to say."

Unison, the public service trade union, says it may take legal action against the presenter over his "appalling" comments.

"Clarkson's comments on the One Show were totally outrageous, and they cannot be tolerated," said Dave Prentis, UNISON General Secretary.

"We are seeking urgent legal advice about what further action we can take against him and the BBC, and whether or not his comments should be referred to the police."

"Whilst he is driving round in fast cars for a living, public sector workers are busy holding our society together -- they save others' lives on a daily basis, they care for the sick, the vulnerable, the elderly."

It is estimated that more than 2 million public sector workers in the UK went on strike over changes to their pensions on Wednesday.