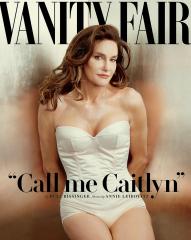 Caitlyn Jenner, probably the most well known transgender personality in the world, is calling out President Trump for his decision to end a directive that allowed transgender students use bathrooms and locker rooms of their chosen gender.

Jenner, who was ironically a vocal Trump supporter, says: "From one Republican to another, this is a disaster."

"You made a promise to protect the LGBTQ community," Jenner says in the short video posted on Thursday. "Call me."

"I have a message for the trans kids of America, you are winning. I know it doesn't feel that way today or every day, but you are winning. You are going to keep on winning so much you're going to get sick of winning," she says using Trump's own words.

"Very soon, we'll win full freedom nationwide, and it's going to happen with bipartisan support. I also have a message for the bullies. You suck. You're losers and you're going to keep on losing. Because you're weak, you pick on kids or you pick on women or anyone you think is vulnerable."

Jenner then rails on Attorney General Jeff Sessions, who reportedly pushed to end the directive and told Secretary of Education Betsy DeVos to resign if she opposed it: "Apparently even becoming attorney general isn't enough to cure some people of their insecurities," she criticizes

Trump had said at the Republican National Convention in Cleveland and an interview on NBC's 'Today' show during the campaign that he wouldn't have a problem with any bathroom Jenner wanted to use at his buildings.

Jenner, better known as Olympic medalist Bruce Jenner, came out as a transgender woman in 2015.