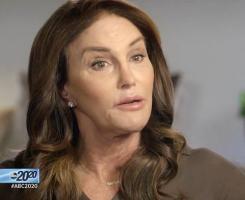 Caitlyn Jenner confirmed that she underwent gender reassignment surgery during a wide-ranging interview with Diane Sawyer on '20/20' Friday night.

Promoting her book, Jenner admitted she underwent the procedure in January but added: "I'm not going to dwell on that subject. It's not an appropriate question to ask a trans person."

"I wasn't less a woman the day before I had the surgery than the day after the surgery, because that did not define who I am as a human being... it's what's between your ears."

Jenner officially came out as transgender in 2015 with a splashy cover in Vanity Fair.

"I know my kids thought 'You know what, it's a little too much' but, from my standpoint, I had suffered for 65 years. To have a beautiful shot of my authentic self was important and I wanted the shock value. I wanted to end the old Bruce, my old life, and that picture did it."

"Some of them I have remained very close to. A couple of them, I'm a little more distant. I have to admit, I'll sit here and wonder, 'Is it because of my transitioning? Or is it because their life is so busy that they don't call, like, all the time?'"

"Nobody calls that much. I mostly reach out to them. Obviously, the Jenner side calls more, but they all have their own lives."

Ex-wife Kris Jenner is upset over the way she's portrayed in Caitlyn's memoir 'The Secrets of My Life'.