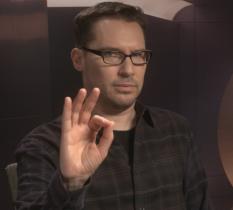 Director Bryan Singer has been accused of sexually assaulting a 17-year-old boy at a party more than a decade ago in a lawsuit.

The lawsuit claims that Singer demanded sex from Cesar Sanchez-Guzman during a 2003 yacht party.

After Sanchez-Guzman, who was then 17, refused, Singer allegedly pushed him on the bed and sexually assaulted him.

In a statement through his representative, the 'Superman Returns' and 'X-Men' director has denied the allegations.

This is not the first time Singer has been accused of such behavior. In 1997, a 14-year-old extra accused Singer of asking him and other minors to film a nude shower scene for the film 'Apt Pupil'.

He also faced two accusations in 2014 of sexually assaulting a minor. However, given the recent movement, it hasn't been until now that Singer may face significant backlash.

Students at the USC School of Cinematic Arts have created a petition to remove Singer's name from the School's Division of Cinema and Media Studies altogether.