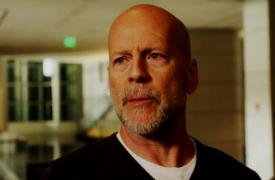 Bruce Willis goes up against Jason Patric's Paul in the first trailer for 'The Prince'.

After Patric's daughter goes missing, he joins with his best friend, played by John Cusack, to face off with a former rival played by Willis.

'The Prince', which looks like a version of 'Taken' starring Jason Patric alongside , has a release date of August 22, 2014.