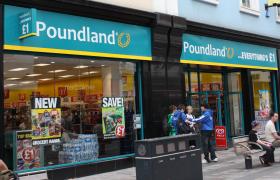 The Advertising Standards Authority says it has received more than 50 complaints from the public about the naughty elf ads, claiming they were offensive and not suitable for children.

The ads show the elves in suggestive poses and with double entendre captions.

One ad had an elf seemingly 'tea-bagging' a doll laying on her back with him dangling a bag of tea over her. Others included the character drawing a penis, proclaiming it to be a "prickly tree" and playing strip poker.

Like a dollar store, the popular chain is known for selling most of its items for 1 pound.

Poundland maintains that its "proud" of the advertising campaign and promises the elves will be back next year.