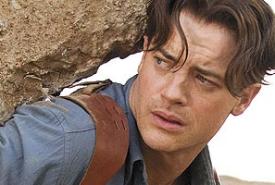 The actor best known from 'The Mummy' films will play a detective in the first season about the real-life kidnapping of John Paul Getty III, heir to the Getty oil fortune, in Rome in 1973.

Fraser will take on the role James Fletcher Chace, who takes on the case after much of the Italian police think the kidnapping is merely a prank.

He most recently appeared on Showtime's 'The Affair'.

The 10-episode first installment of the series is expected to debut on FX in January 2018.