Mike Epps on Bobbi Kristina Brown: 'Fame Will Kill You. It Kills Most of Us' 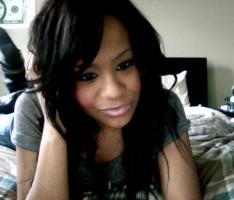 Mike Epps is reflecting on Bobbi Kristina Brown's death and saying: "I'd like to say f--k fame! It kills all of us."

"Fame will kill you. It kills most of us. It's not ever a great ending," he tells ABC. "I don't hear too many great endings of really, really rich and famous people. Maybe a couple. So, it does, man. Fame is tough."

"When you sit and add it all up, and you think about it, you find yourself doing it for legacy. It's only so much money you could have, it's only so many cars you can have, so many houses, so many friends," he continues.

"You gotta be really prepared mentally to understand what was the most important thing of doing all of it. Some people never find out what was important of them doing what they did. They just accumulate things."

Brown passed away on Sunday, months after being found unconscious in her bathtub. She will be laid to rest on Saturday with the burial at the Fairview Cemetery in New Jersey on Monday, the same location with mother Whitney Houston.