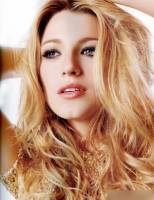 The 'Deadpool' sequel isn't the only thing Ryan Reynolds can look forward to.

The couple, who married in 2012, are already parents to a 16-month-old daughter, James.

) and Ryan Gosling, whose relationship status is a lot more unofficial, are also reportedly expecting.

The couple is notoriously private about their personal life and protective of their daughter.

Neither pair has confirmed the news at this time.