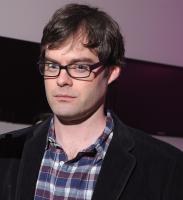 Hader left the NBC sketch comedy in 2013 but is scheduled to return as host for the October 11 episode.

Although the comedy appears to be a shell of its former self with a lackluster premiere this past weekend that saw most skits fall flat.