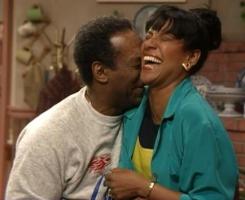 Bill Cosby is planning to teach young people about sexual assault prevention following the actor's case which ended in a mistrial.

Cosby's publicist Andrew Wyatt tells Good Day Alabama that he wants to "get back to work" with a motivational speaking tour.

"I think we move on now. We're now planning town halls to talk to young people because this is bigger than Bill Cosby," Wyatt said.

"This issue can affect any young person, especially young athletes of today, and they need to know what they're facing when they're hanging out and partying, when they're doing certain things that they shouldn't be doing. And it also affects married men."

Wyatt said the 79-year-old was "excited" with the result of the trial.

"He was excited to go home — his life was at stake, his freedom was at stake — go home and spend time with Mrs. Cosby and his children and just celebrate Father's Day."

It's been reported that two jury members held up a guilty verdict. The judge announced that the jury was "hopelessly deadlocked" and declared a mistrial on Saturday.

Prosecutors have said they plan to retry the case.