Biggs On Malaysia Airlines Joke: 'Learned My Lesson and I'd Like to Move On' 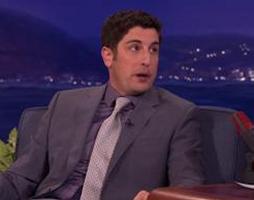 Jason Biggs is apologizing for making an "poorly timed" joked about Malaysia Airlines on Twitter.

"Anyone wanna buy my Malaysian Airlines frequent flier miles?," the 'Orange is the New Black' actor joked last week after the crash that killed nearly 300 people in Ukraine.

In an appearance on 'The View' Monday, Biggs admitted the joke may have been "pooly timed."

"I certainly meant no harm; there was no malice, but I was stupid," he said. "It was poorly timed. I've always tried to find the humor in situations... it's a knee-jerk reaction for me, it's how I cope."

"I just knew when I put it out and the reaction from people. I also wasn't aware of the extent and magnitude of what had happened. I didn't think. I have nothing but sympathy for the victims and their families. I've learned my lesson, and I'd like to move on."