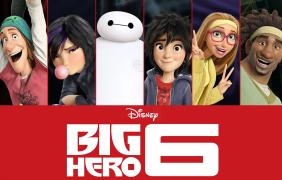 Disney has announced it will air a one-hour 'Big Hero 6' TV movie ahead of the launch of its new animated series.

'Baymax Returns' will follow the events of the first movie and air on Disney XD and Disney Channel on November 20.

The TV feature will be used to bridge the movie and the series following the moment Hiro discovers the chip his brother Tadashi designed to create Baymax.

The 14-year-old tech genius begins school as the new prodigy at San Fransokyo Institute of Technology and uses the chip to rebuild Baymax, but his overconfidence and penchant for taking shortcuts leads to trouble.

The new animated series isn't scheduled to air until early 2018.