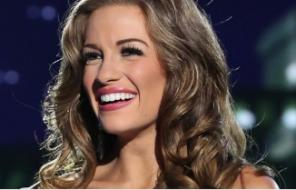 Miss Georgia Betty Cantrell was crowned Miss America 2016 on Sunday night after emphatically answering a question about Tom Brady and the NFL's Deflategate.

After impressing with her opera voice and, the brunette beauty, who aspires to become a Broadway star, was asked about the NFL scandal.

"Did he cheat? That's a really good question. I'm not sure," she began. "I think I'd have to be there and see the ball and feel it and make sure it was deflated or not deflated. If there was question there, then yes, I think he cheated."

"If there was any question to be had, I think that he definitely cheated and he should have been suspended for that. That's not fair."

Miss Mississippi was the runner-up.