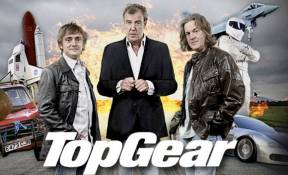 The BBC has apologized to Mexico's ambassador after 'Top Gear' host Richard Hammond said that Mexican cars that were "lazy, feckless and flatulent" were like the country's citizens.

Hammond joked that Mexican cars reflected its national characteristics and that a Mexican sports car would resemble "a lazy, feckless and flatulent oaf with a moustache, leaning against a fence asleep, looking at a cactus with a blanket with a hole in the middle on as a coat."

Co-host James May added that Mexican food was "like sick with cheese on it," or "refried sick," while Clarkson predicted they would not get any complaints about the show because "at the Mexican embassy, the ambassador is going to be sitting there with a remote control, snoring."

But after the show aired, Mexico's ambassador in fact wrote a letter to the network in which he wrote: "The presenters of the program resorted to outrageous, vulgar and inexcusable insults to stir bigoted feelings against the Mexican people, their culture as well as their official representative in the United Kingdom."

"These offensive, xenophobic and humiliating remarks only serve to reinforce negative stereotypes and perpetuate prejudice against Mexico and its people."

In their apology to Ambassador Eduardo Medina-Mora Icaza, the BBC said that national stereotyping was part of British humor - and that the hosts did not intend to be vindictive. It explained the hosts even frequently joked about the British being bad cooks and terrible romantics, for example.

This isn't the first time the highly rated 'Top Gear' has been in trouble. The show was criticized two years ago for showing Clarkson and May sipping alcoholic spirits while driving and even for making fun of Sky Sports host Charlotte Jackson last week.