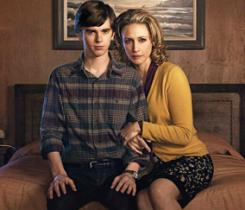 This after the series, starring Freddie Highmore and Vera Farmiga, ranked as the cable network's most-watched scripted drama among the key 18-49 and 25-54 demographics.

It drew 4.5 million viewers for its March 18 premiere.

"With superb writing and exceptional acting, led by the critically acclaimed performances of Vera Farmiga and Freddie Highmore, we're incredibly excited to see where Carlton and Kerry take Norma and Norman Bates next."

A&E has ordered ten episodes for the second season from 'Lost' showrunner Carlton Cuse and Kerry Ehrin. It is expected to air in 2014.